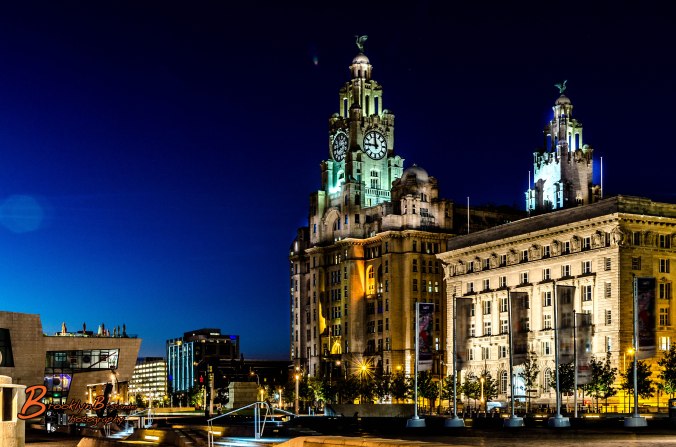 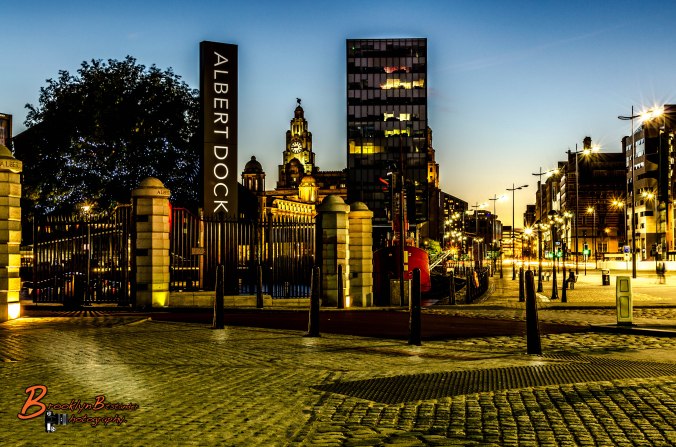 Two More Pictures from around Liverpool City and Albert Dock.

You Can see the Royal Liver Building in the distance with the Clock Face.

participated in the Lunch around the Clock Face before it was put in place . You can see the picture ref3906

The Royal Liver Building /ˈlaɪvər/ is a Grade I listed building located in Liverpool, England. It is sited at the Pier Head and along with the neighbouringCunard Building and Port of Liverpool Building is one of Liverpool’s Three Graces, which line the city’s waterfront. It is also part of Liverpool’s UNESCOdesignated World Heritage Maritime Mercantile City.

Opened in 1911, the building is the purpose-built home of the Royal Liver Assurance group, which had been set up in the city in 1850 to provide locals with assistance related to losing a wage-earning relative. One of the first buildings in the world to be built using reinforced concrete, the Royal Liver Building stands at 90 m (300 ft) tall. It was the tallest storied building in Europe from completion until 1934 and the tallest in the United Kingdom until 1961. The Royal Liver Building is now however only the joint-fourth tallest structure in the City of Liverpool, having been overtaken in height by West Tower, Radio City Tower and Liverpool Cathedral.

Today the Royal Liver Building is one of the most recognisable landmarks in the city of Liverpool and is home to two fabled Liver Birds that watch over the city and the sea. Legend has it that were these two birds to fly away, then the city would cease to exist.

Featured on Around the World in Eight Photos

From
Eric Griffith of Artistic Diversions

Comment
Hello Mike, I always enjoy your photos. It’s like a window into that part of Australia for me. I’ve also noticed your composition and post processing improving, and your last few posts are stunning! The longer we continue on this photography journey, and the more time we put into it, that’s what happen

Find The Best Products For Your Home Office

Ominous The Spirit is an artist that makes music, paints, and creates photography. He donates 100% of profits to charity.

"I have enough time to rest, but I don't have a minute to waste". Come and catch me with your wise words and we will have some fun with our words of wisdom.

Shootin' from the hip photography tips!

I Think For All

Things you want to know

Gather 'round and hear a tale...